. . .okay. . . may have slightly underestimated the length of my story ‘The Aegis Saga – Blood’. 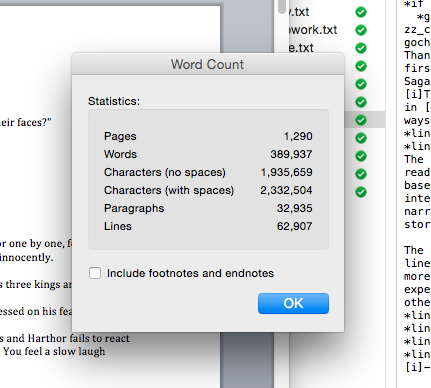 This article by Denise Wakeman has so many useful tips from ebook writers. It’s got me thinking about how I can promote ‘The Aegis Saga – Blood’!

You can create interactive fiction using a number of tools. One of the best is ‘choicescript’.

You can make interactive fiction easily too. If you want to try it out go to:

It’s easy to pick up and there’s plenty of help to be had on the wiki and the forum.

The fantasy world of Eris (the greek word for Strife) is named after our own greek goddess of discord. She’s described by the poet Hesiod as taking two ‘wholly different’ forms – the first Strife is ‘evil’, while the second – ‘harsh Strife’ – makes us competitive. Heriod says of this second form of Eris, “a man would praise her when he came to understand her”:

“So, after all, there was not one kind of Strife alone, but all over the earth there are two”. . . “one fosters evil war and battle, being cruel: her no man loves; but perforce, through the will of the deathless gods, men pay harsh Strife her honour due.”

“This Strife is wholesome for men”, “neighbor vies with neighbor”. “She stirs up even the shiftless to toil”
(and Hesiod says the goddess Eris is to blame for choicescript authors getting angry or competitive with other choicescript minstrels too

But to return to my fantasy world.

Interactive stories allow you to change things about the story that you’re reading. It’s a great way to feel more involved in a narrative.

In the ‘Aegis Saga – Blood’ you can choose your path through the story, effecting the character’s relationships with your avatar, changing the things that happen, and enjoying a more immersive experience of the world of Eris than you might have done if you’d stuck to linear reading.

And if you enjoyed it, you can read again, and find out how different choices shape the world around you.

The full ten chapters of my interactive fantasy novel ‘The Aegis Saga – Blood’ are being proofed now, prior to going to a publisher.

…”your game was among the best we reviewed. Its wildly innovative use of ChoiceScript, creative worldbuilding and narrative design, and distinctive vision earned it special recognition from our judges.”

Inspiration for the Aegis Saga

Drop me a line here!